This second year has gone crazily quick and I can’t believe what a funny, kind, smart and happy little boy he has become.. and did I say funny? He is such a little character and makes all of our lives happier. I love how he articulates himself and it still shocks me that my little baby can talk in full sentences and demand what he wants, and more often what he doesn’t want. We are certainly saying goodbye to the baby days now and I’m so excited to watch this little man grow.

We had big plans today as Bugaboo had invited us to the Henley Royal Regatta but my youngest boy isn’t well so we had to cancel our plans but we still had a lovely family day together. And the boy got his cake!

His second year has been taken over by mummy being pregnant, and becoming a loving big brother. It honestly melts my heart how kind and loving he is to his brother and I just can’t wait for them to be able to interact more. Of course we’ve had the odd moments of jealousy (in the early days these were considerably more), but I was really suprised by how well he took to mummy having a baby attached to her 24/7 particularly as he was such a clingy baby before.

He also learnt to crawl in his second year (13 months), and finally took his first steps at 19 months, and went from being able to say a handful of words to speaking in proper 7-8 word sentences! You can’t blame him for this though as mummy and daddy BOTH like to talk lol.

Another highlight for him was getting on the plane for our first family holiday to the other side of the world to attend his Aunty Holly & Uncle Tom’s wedding. And he became a cousin to his darling cousin Ava, and is due another cousin very soon! He is slowly gathering a full on gang around him and I can so see him being the ring leader in the future!

At 13 months we finally got this very headstrong little boy to eat a full meal, and at 15 months old we said goodbye to mummy’s milk in prep for his brothers arrival. He then had a new found love for food and all things acidic! He is slightly obsessed with blueberries, grapes, raisens and oranges! He still calls his water ‘tea’ as he truly believed he was drinking the same tea as us when he started drinking water and the name has stuck since.

His favourite activity is cutting the grass with daddy and he has an obsession with airplanes! He spots them before me and his first ever screen time after his first birthday was watching planes landing and taking off on YouTube.. this soon switched to watching nursery rhymes but I still think we may have a budding pilot in the making.

He is just so cheeky and funny I really don’t know where he learns it all from. He is currently in bed singing ‘oh my god’ to himself as I type this! The cutest part is he knows when he is being cheeky and making us laugh.

Anyway, this was meant to be a short birthday post and it’s turning into an essay already! Every year around his birthday I plan to take some photo’s for him to look back on as kind of a birthday gift from us. So last year I did a Cake smash in our back garden, and this year I took some cute pictures in our garden again but this time with his little brother… 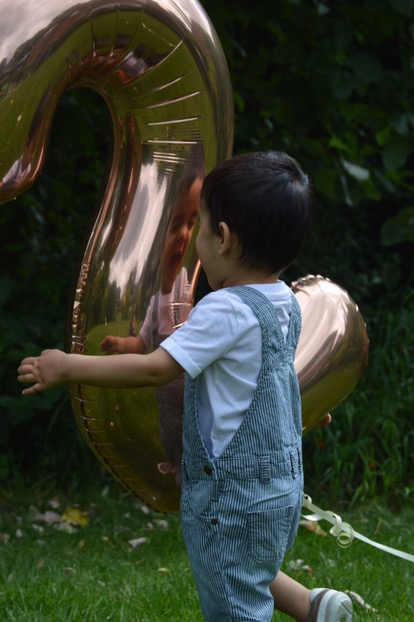 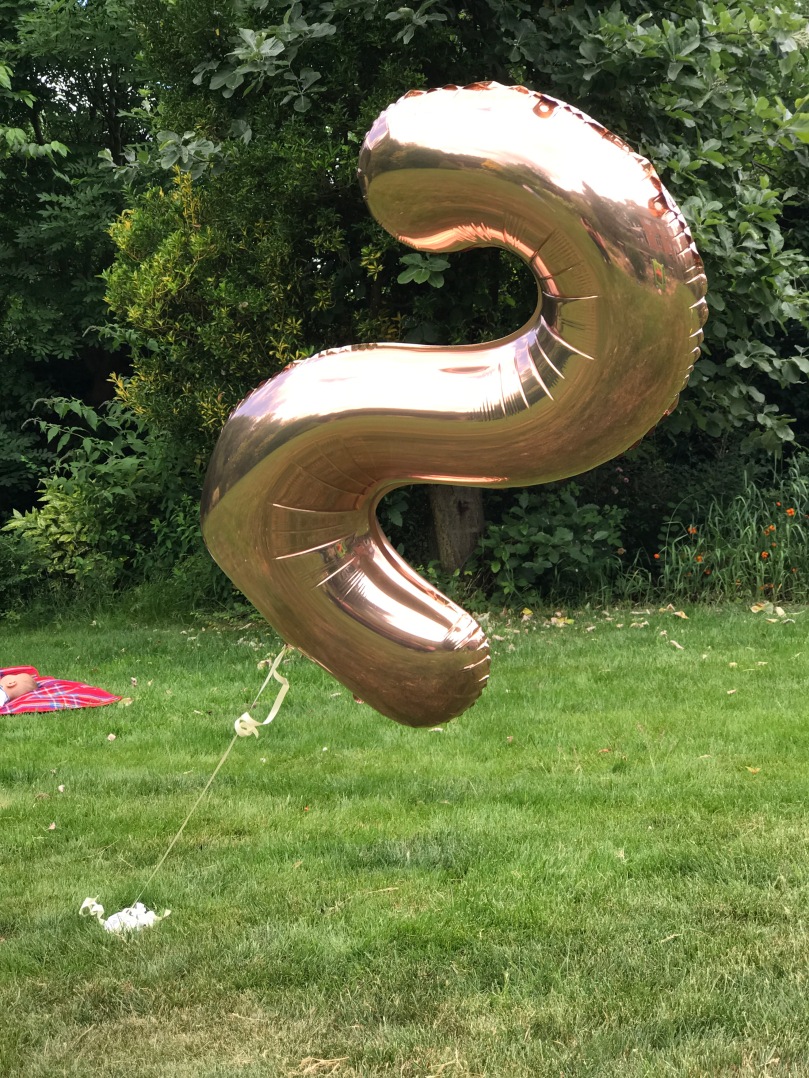 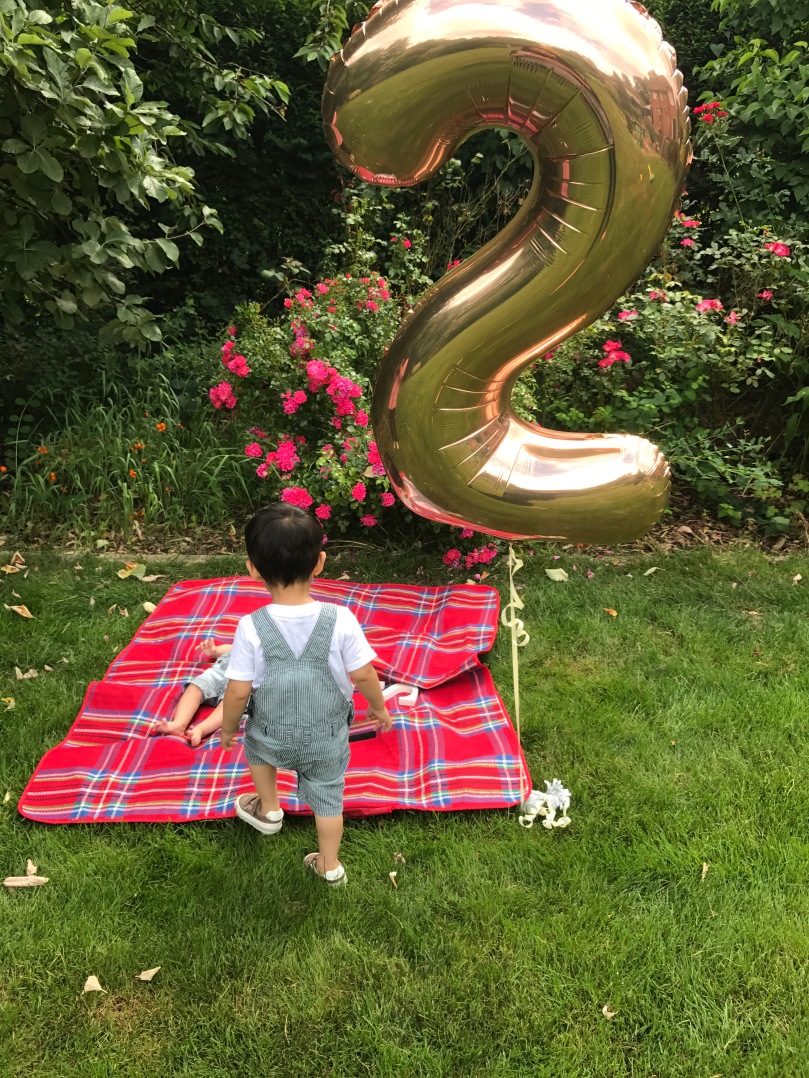 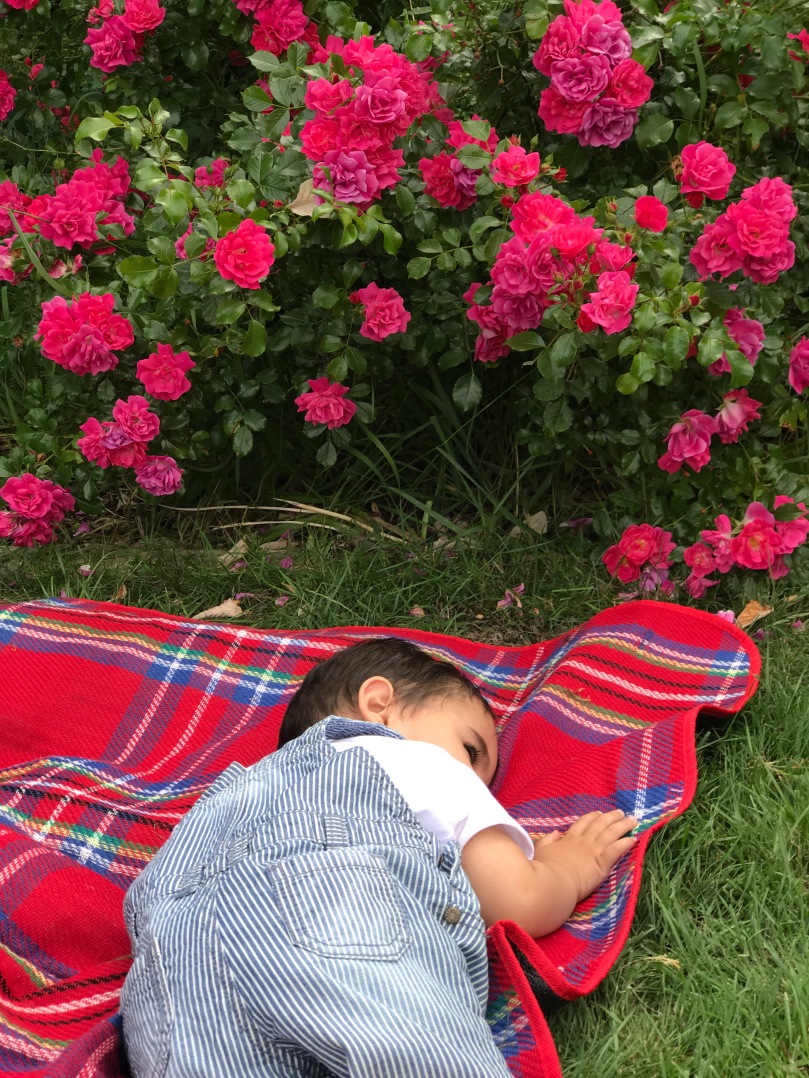